"Shoffr is an online to offline (O2O) omnichannel marketing platform for retail brands. First, we allow shoppers to discover offline stocks across any of the retail brand's online channels - website, chat bots, or social media. Then, we enable retail associates to scan Arrival Codes to track footfall and learn about the shopper's visit intent. Shoffr is GDPR ready and can be used by retail brands to capture lost revenues, collect customer data, and avail deterministic offline attribution.

Shoffr launched in 2017, got seed funded by Techstars in 2018, and was acquired by Affle in 2019. We enable and track customer journeys all the way from an online impression to a footfall and everything else in between.

Affle started in 2005 and is a global technology company with a proprietary consumer intelligence platform that delivers consumer engagement, acquisitions and transactions through consumer acceptable mobile advertising." 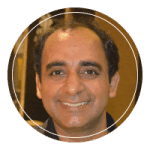 Anuj's entrepreneurial leadership & strategic vision has set Affle on the growth path to be the global audience & data platform for both commerce and brand customers. He aims to address industry challenges including digital fraud and data privacy through technology innovations. Anuj ensures strategic alignment across all key stakeholders resulting in sustainable growth & value creation.

Anuj is a serial entrepreneur with 18 years of experience in leading tech & data platform-based businesses. He is an alumnus of Harvard Business School (OPM), Stanford GSB (SEP) & NUS Computer Engineering. 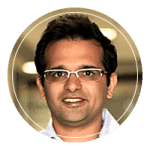 Anuj has over 17 years of relevant media and advertising industry experience and holds a Bachelor’s degree in Economics from St. Stephen's College and a Masters in Advertising & Communication from MICA in India. 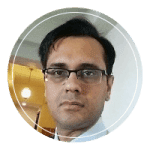 Kapil leads the finance for Affle Group & is also responsible for operations including legal, IT, Admin & HR. Kapil has worked as an audit partner at S. Mohan & Co, a highly respected Chartered Accountancy firm in India and subsequently joined KMG Infotech, a New York based software development company as VP, Finance. Kapil brings in a wealth of Finance, Operations and Legal expertise to Affle and has been part of Affle for >4 Years.

Kapil has over 20 years of audit and industry experience He graduated from Delhi University and is a member of the Institute of Chartered Accountants of India. 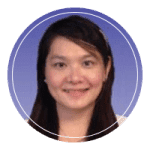 Mei Theng Leong leads finance and commercial functions for Affle International. She has played a pivotal role in the ERP implementation and the SG:Accreditation of Affle’s platform. She was previously the Group Financial Controller in a diversified group listed on Singapore Stock Exchange (“SGX-ST”). She has played an active role in corporate actions including investments & divestment opportunities as well as post-acquisition integration activities.

Mei Theng Leong has 18 years of experience and she holds a Bachelor of Commerce Degree, majoring in Accounting and Finance from Curtin University of Technology and an MBA from The University of Hong Kong. She is also a fellow member of CPA of Australia. 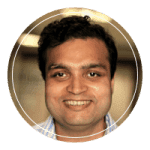 As the leader of the Data Operations team, Vipul is responsible for building tools and teams to leverage multiple data signals leading to an effective realization of the ROI goals for Affle’s customers, while maintaining high quality. He has a keen interest in mobile advertising fraud and big data technologies. Vipul has been part of Affle for over 10 years and has played multiple roles across Business Development, Partnerships, Product and Operations in the company. Prior to joining Affle, Vipul worked with IBM business consulting specializing in the Telecom Practice.

Vipul has over 13 years of experience in Consulting and Adtech. He holds a Bachelor of Technology in Computer Science Engineering from IIIT-Hyderabad and a Post Graduate Diploma in Management from Indian Institute of Management, Ahmedabad. 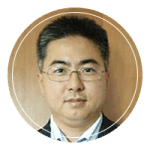 Charles joined Affle in 2006. With over 20 years of experience, he leads all R&D and Technology efforts for Affle’s platforms as its Chief Architect. His team of engineers is responsible for building multiple Big Data and AI driven platforms at Affle. Charles also plays an active role to coach the lead architects at Affle on the innovation development lifecycle processes.

Charles is a telecom industry veteran and an experienced technologist with over 20 years of consulting and programming design experience. He is an alumnus of the Monash University in Australia.

Madan or Maddy, has been leading Affle’s agenda in SEA for over 5 years. With his experience of working with global brands & agency networks, Maddy has forged key partnerships to grow the business in a sustainable manner. Prior to Affle, Maddy worked with market leaders/ start-ups like Mindshare & GroupM, Starcom, Mediaturf & the Times Group.

Maddy has over 20 years of experience in the Media Industry. Maddy holds a Bachelor’s Degree in Engineering from Mumbai University & MBA from Jamnalal Bajaj College in Mumbai, India. 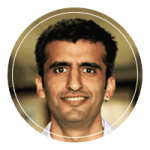 Viraj leads International Sales and has played a key role in growing Affle to new markets across the US, Middle East and Europe. Now with Affle for over 6 years, he started his entrepreneurial journey at Mobimasta, joining in post-acquisition of that company by Affle, and has since also been responsible for key initiatives such as publisher growth and management, product development and driving key partnerships for the company.

Viraj has over 15 years of experience across advertising, media and technology. He holds a Bachelor in Economics degree from Delhi University and an MBA from Asian Institute of Management, Philippines. 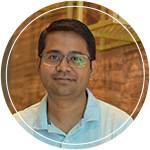 Sujoy is Affle's chief storyteller and leads the Omnichannel Platforms business. He brings experience scaling consumer internet and enterprise businesses across SaaS(Unbxd), Adtech(InMobi), E-commerce (Flipkart), and Fintech(Lendingkart). In Sujoy's last role at Lendingkart, he was instrumental in building one of India's largest Fintechs in the SMB space.

Sujoy has over 14 years of work experience and holds a degree in Bachelor of Engineering, Mechanical Engineering from Vellore Institute of Technology, and an MBA from Indian Institute of Management, Kozhikode. 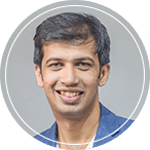 Nagendra joins Affle in 2019 to lead the core engineering team of Affle’s Omnichannel Platforms. Shoffr was acquired by Affle to help brands drive footfall into their stores. Nagendra has over 10 years of experience, working in across countries building teams and developing enterprise products. He started his career at Milaap and has since worked with Ingenico, amongst other leaders in the tech and retail industry. Nagendra is a computer science engineer turned entrepreneur and is based out of Bangalore. 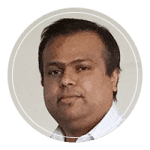 Madhusudana or Madhu, started Affle together with Anuj Khanna Sohum in 2005 and played a key role till 2007. In 2018 he was re-appointed as the Director of Innovation and Corporate Development for Affle Holdings Pte Ltd. Madhu has a strong background in mobile innovations in the telecom and financial industries. He is an experienced technologist who has built multiple products from ideation to launch and is the named inventor of 3 patents owned by Affle.

Madhu has over 15 years of industry experience and is an alumnus of National University of Singapore (EEE) and Nanyang Business School (MBA) and he studied law for 2 years at the University of Birmingham.

Vivek has over 35 years of experience in marketing, financial services and aviation industry. Previously he has worked in Genpact India, GE Capital Services India and has also been the managing director and the chief executive officer of Air Works India (Engineering) Private Limited. Currently, he is also serving as a Director on the Board of IndiaMART InterMESH Limited and Cyient Ltd. He holds a bachelor’s degree in commerce from University of Bombay and a master’s degree in business administration from Faculty of Management Studies, University of Delhi. He also completed the Owner/ President Management Program from the Harvard Business School.

Bijay Nawal read law at Oxford University. He is a corporate lawyer with two decades of legal practice experience with a particular focus on M&A and regulatory work. He started practice as a litigation lawyer with Wong Partnership, a Singapore law practice, and later practiced with the Capital Markets and M&A teams of Shearman & Sterling, a US law firm. Bijay was a partner with Drew & Napier and oversaw various IPOs of local and foreign companies on both boards of the Singapore Stock Exchange. Bijay was the Managing Director of PwC’s network law firm in Singapore prior to him establishing the law firm, Oxon Law.

Sumit is currently the head of Enterprise Shared Services at AXA XL, a division of AXA Group. She has earlier worked in Citibank N.A. India for 20 years where she last worked as Director and she also worked at BlackRock Services India Private Limited for two years as the Managing Director. She has over 29 years of experience in banking and financial services. She holds a Bachelor’s Degree from St. Stephen’s College at University of Delhi and a Master’s degree from Delhi School of Economics. She is also an alumnus of the University of California.

Richard Humphreys has a vast and rich experience in advertising and media and was previously the President of Saatchi & Saatchi. He was responsible for 63 companies with over five thousand employees in 27 countries. He has vast experience in many aspects of Advertising & Media.

Richard started his career writing for BBC and ITV. He rose to be the Managing Director of an operating division of one of the first publicly listed UK agencies. Following this, he started his own advertising agency in 1978 and took it to the top twenty in the UK by the mid-eighties. His company was acquired by Saatchi & Saatchi. After serving as President, Richard moved on from Saatchi & Saatchi to become President of Adcom Investors, owner of a leading US advertising, new media, and sports marketing group of companies. He negotiated the sale of Adcom to Publicis.

A seasoned professional in the mobile marketing and advertising domain, Hoshuyama San is the founding member and CEO of D2C Inc. (D2C), a joint venture between NTT docomo (docomo) and Dentsu, which was founded in 2000 to build the mobile advertising business in Japan.

He started his career in the sales department of Dentsu, one of the largest advertising agency in the world. He later worked as Dentsu’s account executive for docomo where he was in charge of media buying, international communications and strategic alliances with them. When docomo released the i-mode service in 1999, he was one of the original members of the Mobile Advertising Project. He became one of the founding members of D2C, where he was appointed the Director of Sales and Business Development. In November 2004, he was appointed to be the COO of D2C. In 2005, he was appointed as a board member of the MMSA (Mobile Marketing Solution Association). Most recently, he was appointed by D2C’s board of directors to become its Chief Executive Officer in June 2010. He is the youngest CEO in NTT Group and Dentsu Group.

Jay Snyder currently works in private equity investments as a principal of HBJ Investments LLC, which provides seed capital to a diverse group of start-up companies.

Prior to his work at HBJ and the United Nations, Mr. Snyder enjoyed a 17-year career at Biocraft Laboratories, a publicly held generic drug manufacturer. At the end of his tenure, Mr. Snyder was the Vice President of Research and Development and a member of both the Management Steering Committee and Board of Directors. Before serving in those capacities, Mr. Snyder held various positions with the company, including Plant Manager, Production Manager, and Operations Manager.

Aside from his work in the public and private sectors, Mr. Snyder has been and continues to be active in community service and serves on the boards of several non-profit entities. In late 2009, he and his wife Tracy founded The Open Hands Initiative; a US-based non-profit organization dedicated to improving people-to-people understanding.

Bijay Nawal read law at Oxford University. He is a corporate lawyer with two decades of legal practice experience with a particular focus on M&A and regulatory work. He started practice as a litigation lawyer with Wong Partnership, a Singapore law practice, and later practiced with the Capital Markets and M&A teams of Shearman & Sterling, a US law firm. Bijay was a partner with Drew & Napier and oversaw various IPOs of local and foreign companies on both boards of the Singapore Stock Exchange. Bijay was the Managing Director of PwC’s network law firm in Singapore prior to him establishing the law firm, Oxon Law.

Looking for Online to Offline?

Schedule a no-obligation demo with our product specialists today!